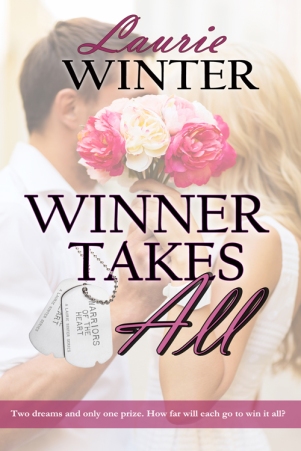 Storm Thompson wants to be anywhere but Liberty Ridge. Especially since his hometown also contains his childhood nemesis, Colleen Gardner. With a young daughter and mentally ill mother to care for, he struggles to simply make ends meet. Every day, his goal of owning an organic farm slips further out of reach.

“The Great American Scavenger Hunt” TV show offers a million-dollar prize, and Colleen and Storm are selected as competitors. Both resolve to do whatever is needed to win, even using the other to get ahead. Storm and Colleen compete to fund their dreams, but their already tattered relationship becomes more strained. Only one will win the money. But will love prove the ultimate prize? 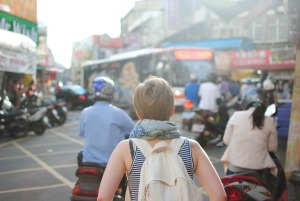 Back in the fourth grade, Colleen Gardner was Storm Thompson’s one and only friend, that was until an innocent kiss on the playground changed their relationship from allies to enemies.

Now twenty years later, Storm’s back home to take care of his mentally ill mother. His dream is to buy acreage and start his own organic farm. There he can raise his young daughter in a safe, stable home. However, the clock is ticking. His daughter’s mother is leaving the country and will only give Storm full custody if he can prove he’s financially stable. So when the opportunity comes along to compete on The Great American Scavenger Hunt television show, he jumps at the chance to win one million dollars.

Colleen’s past isn’t something she’s proud of, but she’s grown from a mean girl to a woman who’s a respected Clinical Psychologist. For the past year, she’s been slowly raising money to open a retreat for wounded veterans, but the lack of funds is standing in her way. When she’s cast as a competitor for The Great American Scavenger Hunt, Colleen’s excited about the potential to win one million dollars. With that money, she’ll be able to open her doors soon and start helping deserving veterans.

Neither Colleen or Storm are happy that the other is one of the twenty contestants. The blood between them is going from bad to worse as they compete for the one million dollar prize. While they duke it out on the road, traveling across the country from one clue to the next, Colleen and Storm start to feel a rekindling of their young love.

Only Colleen believes Storm still holds a grudge for turning her back on him when they were in school. He’s only playing nice to earn her trust, then use her to get ahead and win. Storm doesn’t want to admit to himself that Colleen has changed into a woman who he could trust with his heart. With each challenge, they tentatively rebuild their friendship.

As the miles and days pass, Colleen and Storm get closer to the finish line and the prize money. But there is only one winner. One competitor will see their dream come true.

The winner may go home with all the prize money, but there’s something larger at stake – true love.